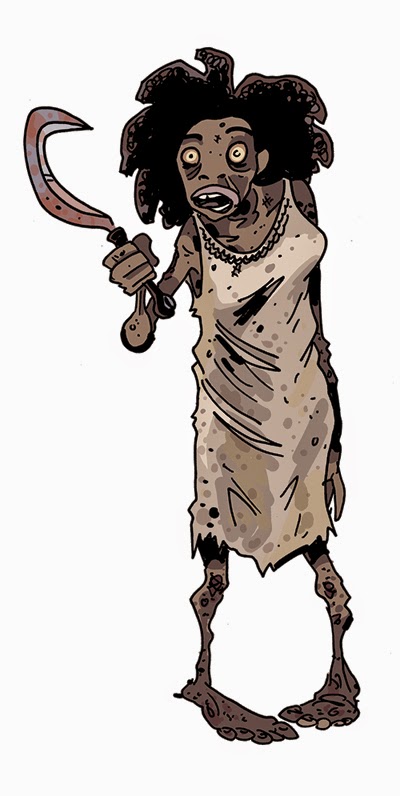 Long before George Romero turned zombies into brain-eating monsters, Zombies were terrifying for the same reason that they work narratively now: you could be next.

The difference is that, a century ago, becoming a zombie was not a result of death or of being bitten by a zombie, but the active work of a Bokor, a vodou witch.  And it wasn't the dead that walked, but living people drugged into mental incompetency and forced into servitude.  In horror stories, they're usually sent to grab the protagonist (or the protagonist's love interest) for the purpose of bringing him or her to the sorcerer to meet the same fate.

I read Zora Neale Hurston's thing on zombies in Haiti when I was in college, and her subject, the unfortunate Felicia, has always tuck in my mind as the visual icon for voodoo zombies.
Posted by Chris Schweizer at 7:06 AM

Email ThisBlogThis!Share to TwitterShare to FacebookShare to Pinterest
Labels: Monsters