Here's a wolfman.  This guy took a few drafts.  I wanted to try and find the middlest balance between wolf and human.  When I was younger, I always gravitated towards the more straight-up-wolf's-head on muscular fore-and-aft body, but that design died with things like Van Helsing and Underworld.  Anyway, this is what I came up with. 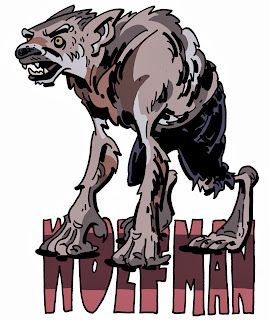 The original art for this one is available for sale.  8.5x11," ink on 80# stock, shipped the Tuesday after purchase.  First come, first serve.
SOLD!
Posted by Chris Schweizer at 6:36 AM No comments: 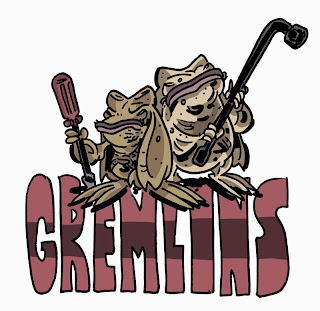 The original art for this one is available for sale.  8.5x11," ink on 80# stock, shipped the Tuesday after purchase.  First come, first serve.  SOLD!
Posted by Chris Schweizer at 8:10 AM No comments:

Today's character is a witch doctor.  I love old tribal masks - an affection probably wrought in no small part from the many Alex Toth-designed mask-inspired aliens and monsters that were on most every action/adventure Hanna Barbara cartoon that I watched on USA as a kid - and I wanted to use one for this guy.  Also, I've decided that I'm going to do a total of thirteen of these Halloween/scary story characters, and have 'em as little craft sets for Trick-or-Treaters. 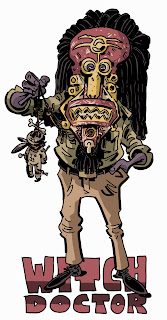 The original art for this one is available for sale.  8.5x11," ink on 80# stock, shipped the Tuesday after purchase.  First come, first serve.  SOLD!
Posted by Chris Schweizer at 2:03 PM No comments:

Today's character is a space alien!  Not an alien monster, which is something else entirely, at least in my mind, and not a martian, 'cause those guys have skull faces a la Mars Attacks.  Just your regular alien visitor with a gun that freezes or disintegrates or shrinks you. 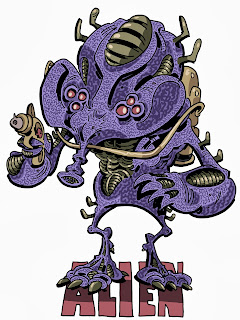 The original art for this one is available for sale.  8.5x11," ink on 80# stock, shipped the Tuesday after purchase.  First come, first serve.  SOLD!
Posted by Chris Schweizer at 7:49 AM No comments:

Here's one of the big favorites, Frankenstein's monster!

When I was a young man and still dividing my energies between a variety of disciplines, I did quite a bit of theater, and once had occasion to play Victor Frankenstein.  Trivia!

The original art for this one is available for sale.  8.5x11," ink on 80# stock, shipped the Tuesday after purchase.  First come, first serve.
SOLD!
Posted by Chris Schweizer at 8:43 AM No comments:

Of all the staple Halloween movies, the one that never got a standardized Universal Monster iconic status was the Witch.  Too bad!  I guess the Wizard of Oz counts - we do have a stock icon version that stems directly from that.  So I guess I shouldn't complain.  Anyway, here's my version! 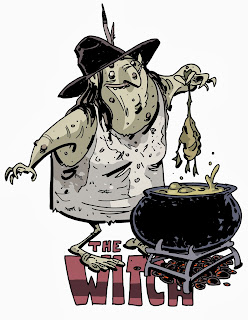 The original art for this one is available for sale.
SOLD!
Posted by Chris Schweizer at 7:37 AM No comments:

Today's character is the Mummy!  As a kid, I was fascinated by mummies, both the legit archeological ones and those of the horror-movie variety.  The idea of archeology is (thanks to Indiana Jones and co.) so intertwined with exotic adventure that I've never been able to look at mummies as genuine horror; they've always rather been a component of pulpy adventure.  Even so, Halloween ain't Halloween without a mummy or two.  So here y'go! 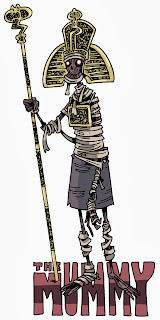 The original art for this one is available for sale.
SOLD!
Posted by Chris Schweizer at 12:45 PM No comments:

Character-a-Day: The Creature From The Dark Lagoon

It's the first day of fall, and it feels like it.  It's breezy, and the outside door in my studio is wide open.  Penny has a pumpkin, my fridge is stocked with seasonal brew, and my favorite holiday - Halloween - is just around the corner.

And given that it's now officially the season, I figured I'd do a few monster characters.  I figured I'd start with a lake monster, which has always been one of my very favorite types of monsters, mostly 'cause I spent so much time on lakes growing up. 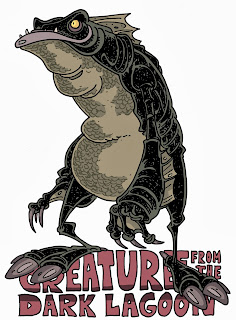 The original art for this one is available for sale.  8.5x11," ink on 80# stock, shipped the Tuesday after purchase.  First come, first serve.
SOLD!
Posted by Chris Schweizer at 12:27 PM No comments: 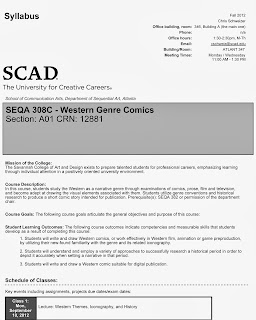 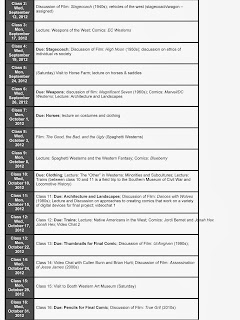 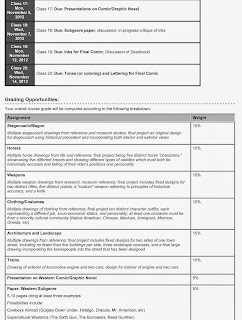 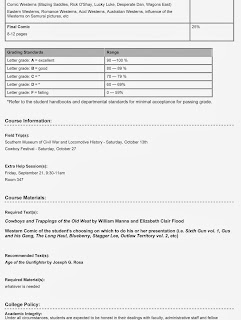 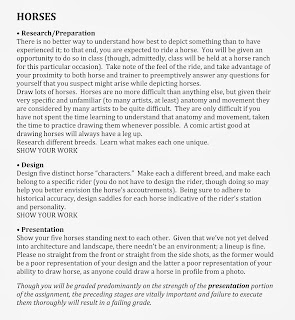 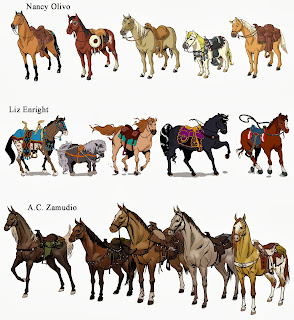 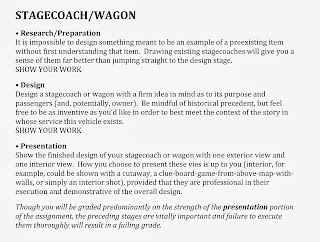 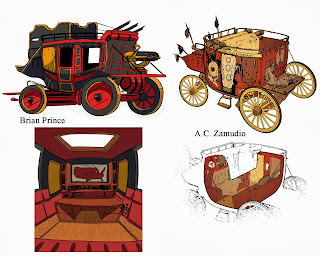 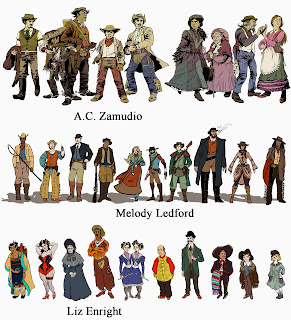 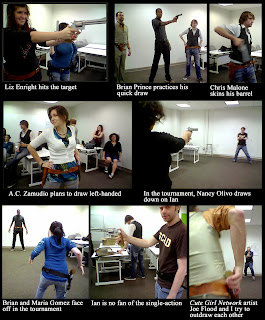 Today's character is Easy Rawlins, hero of his eponymous mystery novel series by Walter Mosley.  I've only read the first two, but I really enjoyed them (discovered them through the old Denzel Washington movie, which I wish had spawned a few sequels).  I've done a ton of drawings of his friend, Raymond "Mouse" Alexander, but I haven't been happy with any of them.  It's a difficult line with him, trying to find that happy medium between cartoonish monstrosity (he's a terrifying dresser and a terrifying person) and believable representation.  Someday, maybe.  Anyway, here's Easy.

The original art for this one is available for sale.  8.5x11," ink on 80# stock, shipped the Tuesday after purchase.  First come, first serve.
Posted by Chris Schweizer at 5:50 AM No comments: