Guardians of the Galaxy

So I did a Guardians of the Galaxy commission, and decided to color it, because, well, I color everything these days. 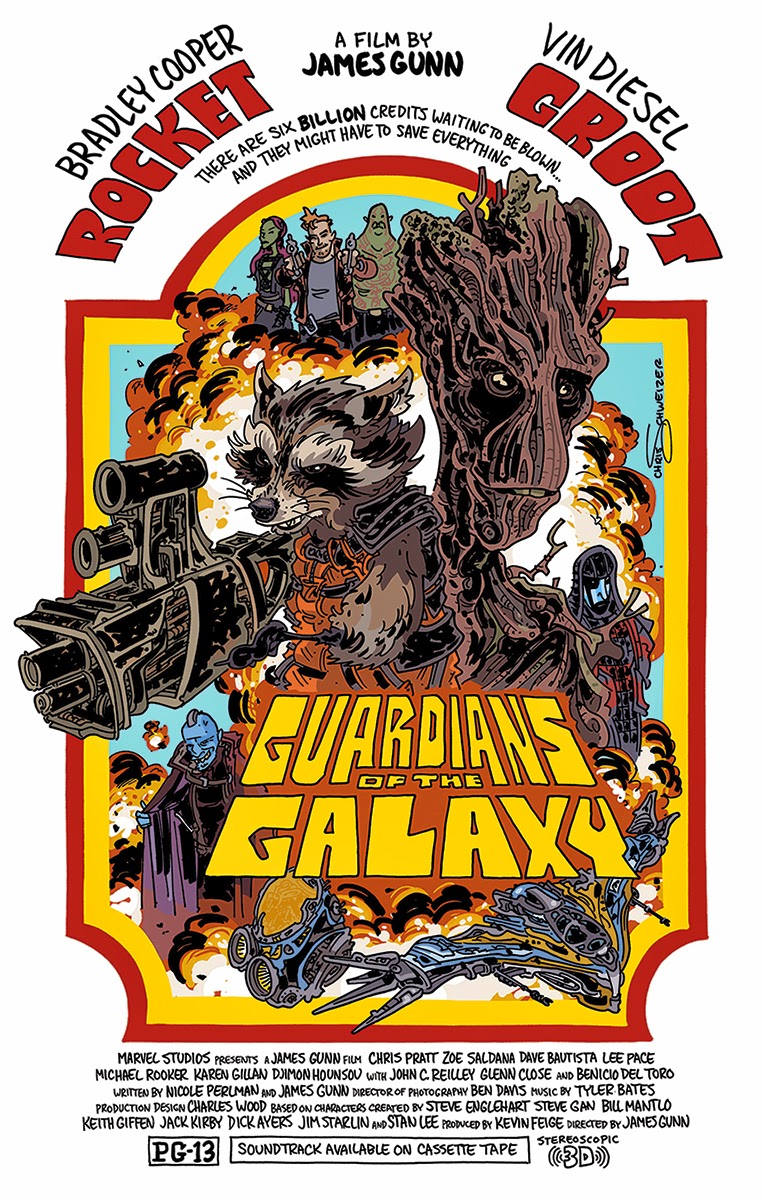 I replaced the nine producers on the poster credits with one producer and the eight guys who created the characters around whom the movie revolved.
Posted by Chris Schweizer at 8:00 AM No comments: 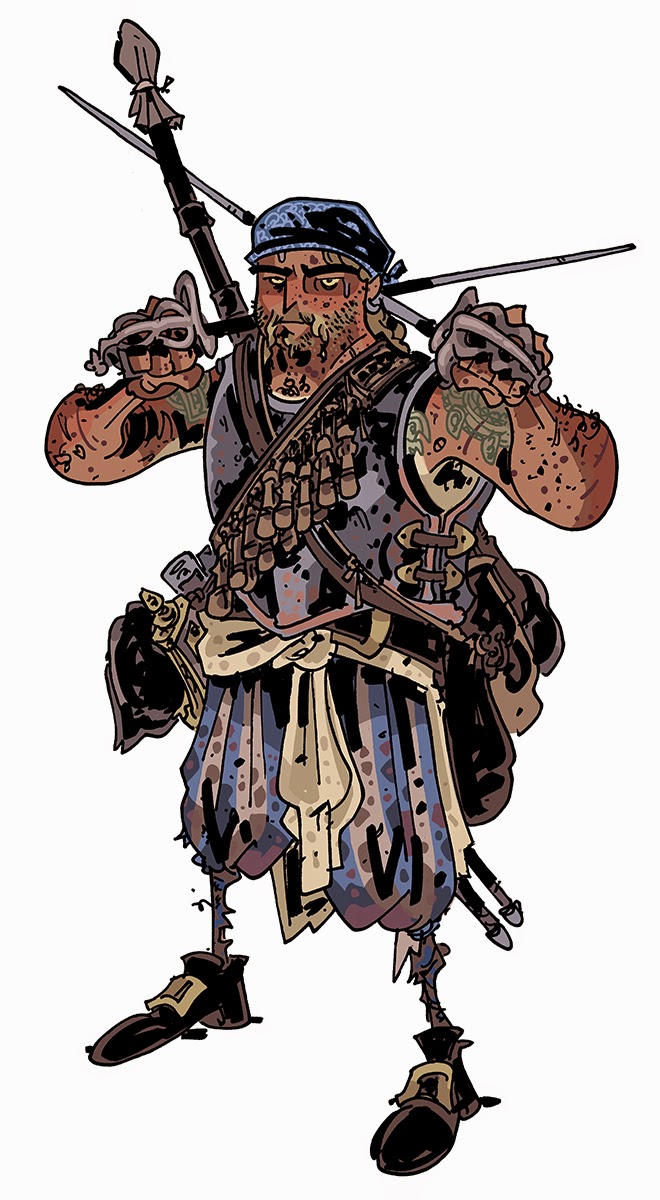 !
Those of us lucky enough to carry around mental images of famous pirates will usually recall Henry Morgan (the famous buccaneer for whom the rum brand is named) in his later years. Portly and dressed in the dandiest of fashions as the lieutenant governor of Jamaica, he seems a far cry from the stories carried through the years of his exploits.
But Morgan was a very physical man, and was a lot more than a pirate - he was a military genius who likely carries as much responsibility for the way things played out in our corner of the world as George Washington.
At a time when Spain dominated everything West of the Atlantic, Morgan (first under Commodore Mings, then to a much greater degree on his own) found chinks in the armor of the Spanish trade monopoly and ruthlessly exploited them.
In his 20s he personally led large bands of men through hundreds of miles of seemingly impenetrable jungle to attack rich Spanish towns, choosing his targets with precision and strategy and rarely losing men in battle, amassing huge fortunes and putting into place a community and methods that would eventually destroy Spain's stranglehold on the economy of the New World, making English trade, and eventually the US, possible.
We can learn a lot about the inevitable dangers of exclusion rather than incorporation from Spain's mismanagement of the Americas under Philip IV and how other societies (including our own) might suffer from similar policies, but that's boring!

Posted by Chris Schweizer at 9:12 AM No comments:

Email ThisBlogThis!Share to TwitterShare to FacebookShare to Pinterest
Labels: Character-a-Day, portraits, This Day in History 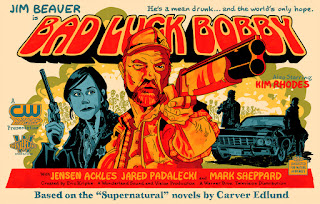 I started watching Supernatural for one and one reason only: Jim Beaver was in it.
Like a lot of his fans, I first noticed him on Deadwood, and since then he's done fantastic turns on a lot of my favorite shows, including Justified and Longmire.
Pictures of him in Supernatural kept popping up my tumblr feed, so I decided to give it a go, and am really glad that I did.  It's a terrifically fun show, and one that I've really enjoyed, and its dozens of episodes have been great to watch while I'm drawing away.
Anyway, I figured if anybody merited a poster, it's Jim Beaver's Bobby Singer.
Posted by Chris Schweizer at 7:21 AM No comments:

I made this spaghetti western-style poster, just for fun. 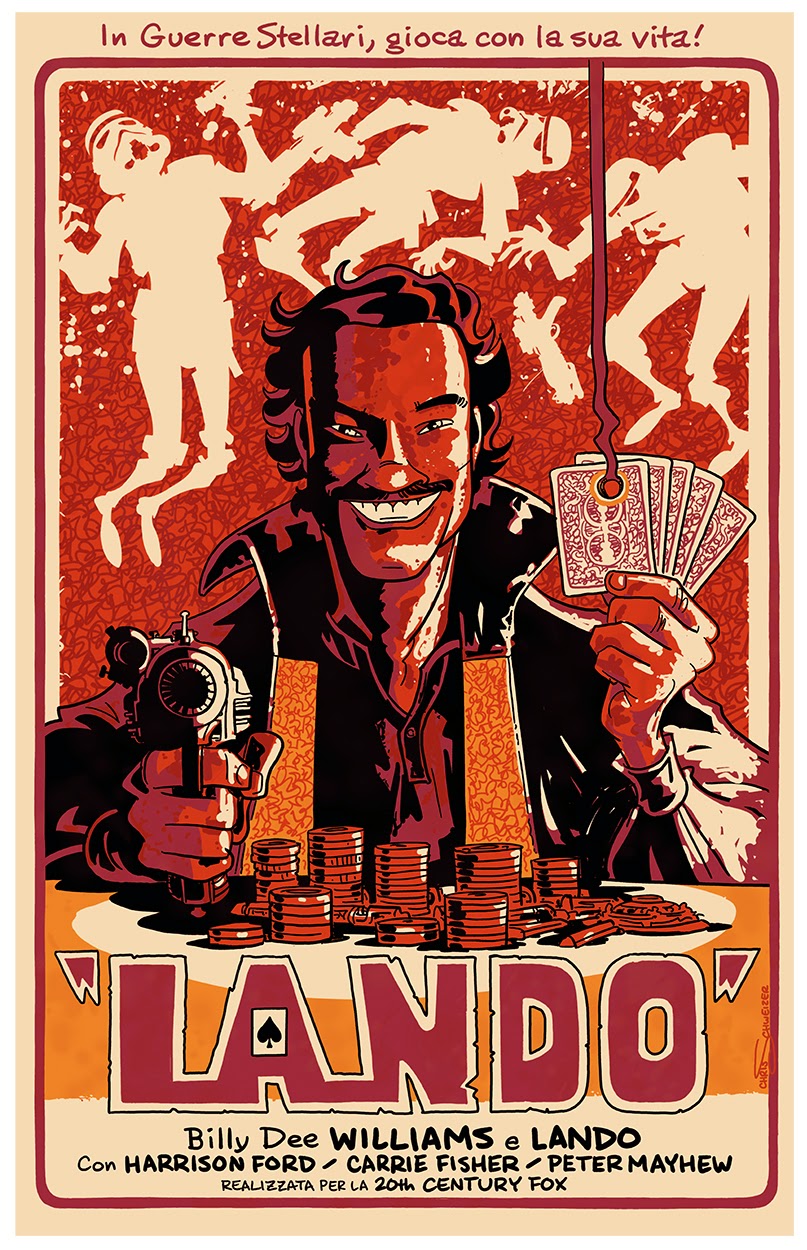 Posted by Chris Schweizer at 6:06 AM No comments:

100th anniversary of the 20th century

Hard to believe that World War 1 started a hundred years ago today. Although in theory a century begins or ends with its actual numerical quality, it's cultural impact is rarely so cut and dry. The 19th century really starts in full when the Napoleonic Wars end in November 1815, and the 19th century really stretches on until WWI, whose start - culturally - marks the beginning of the 20th century.
Look at photos of people from WWI. The dress, the hair, etc, they're really not all that different from how a lot of folks look today, whereas a picture from five year earlier seems like a whole different era... because it is.
I'll throw some WWI history y'all's way over the next few days. It's a very misunderstood war, less cut-and-dry than some others, but to me it's extremely interesting because it really does mark that big shift. I mean, you start the war with horses and end with airplanes, in an extremely short span of time. It really is the crucible in which our modern era was forged.
Here's a couple of guys to start off the week, A stormtrooper and a Tirailleur Senegalis. 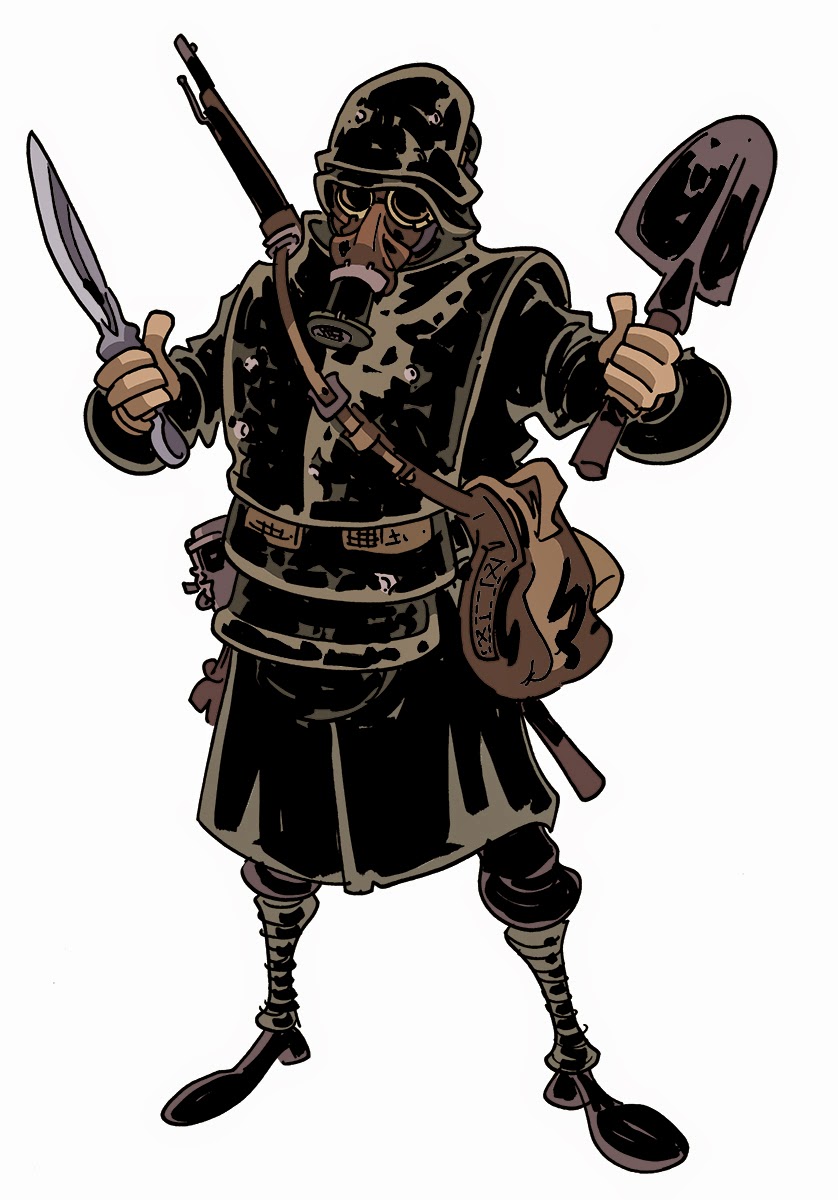 This is a WWI Stormtrooper. That's right, SW kids, there were real stormtroopers, and they were terrifying. Poisonous, burning mustard gas would be launched into trenches, and then, from the haze, these guys would appear to royally mess you up. To make things even more terrifying, sometimes they'd be riding blanketed horses and stabbing with lances. There aren't many things scarier/more intimidating than a horse in a gas mask. 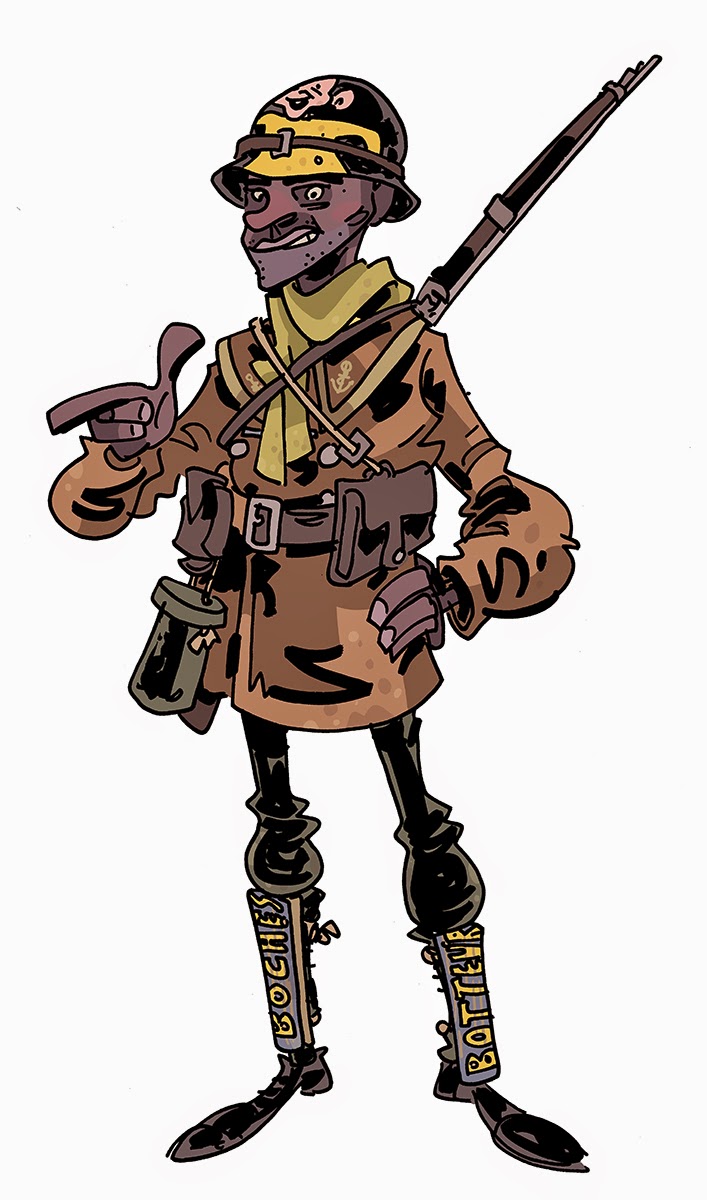 Here's a Tirailleur Senegalis.  Time in the trenches often lessened sctrictness over uniforms. I had this guy paint the Yellow Kid on his helmet, because he would have been a cultural icon to the folks fighting, the same as someone putting the Tasmanian Devil or Spongebob on the side of a tank.

Posted by Chris Schweizer at 12:14 PM No comments: