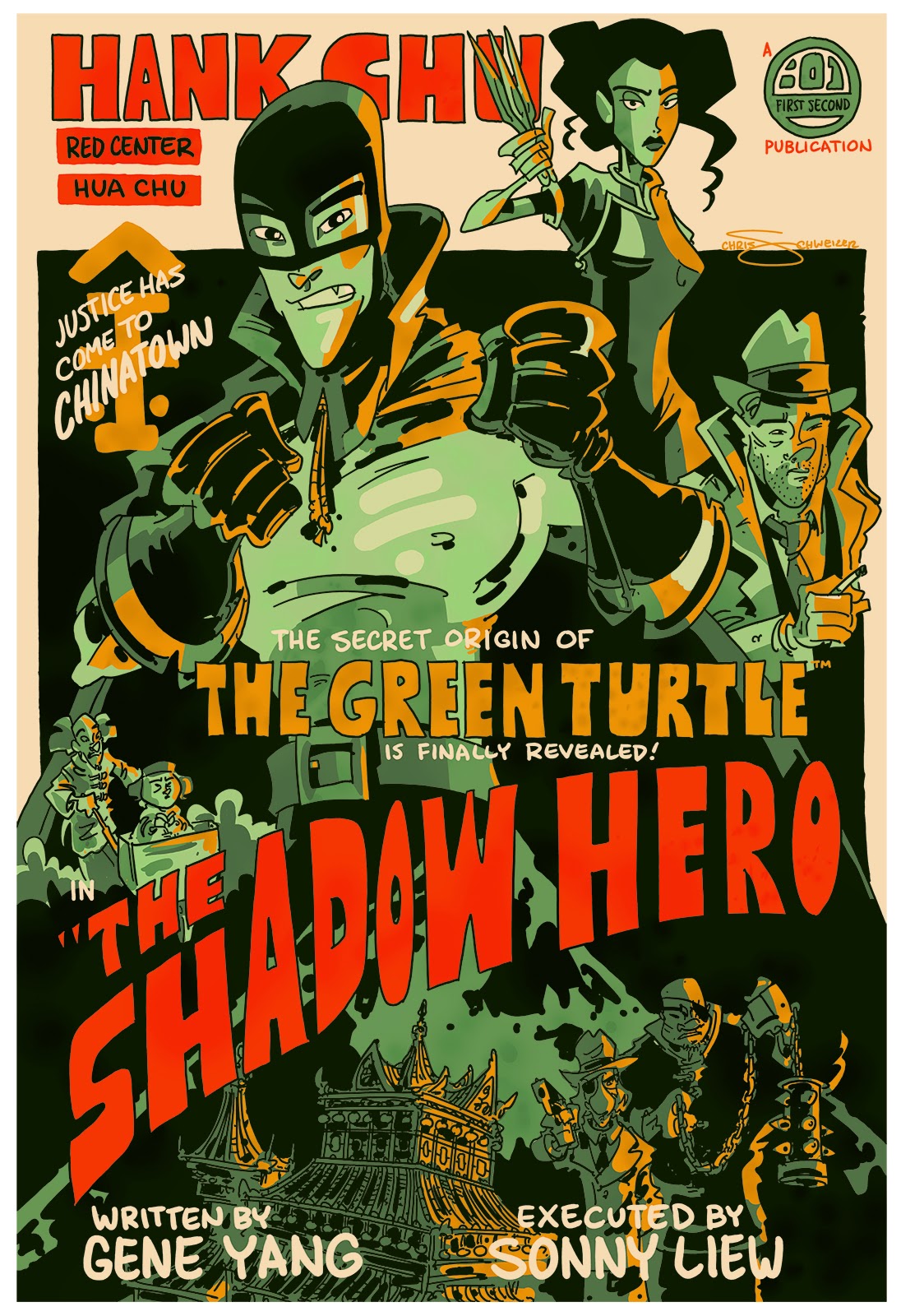 
So I REALLY enjoyed Gene Luen Yang and Sonny Liew’s The Shadow Hero, a new book that First Second Books released this week. It’s an origin story of an existing pulp hero, the Green Turtle, and it’s an engaging, very funny, exciting story.
There’s some great supplemental material about the original 1940s Green Turtle, the first Asian-American superhero, and the clever ways in which its creator circumvented the publisher’s mandate that he had to be white.
I’m a sucker for books or films that I recognize as being shoe-ins for the I-would-have-flipped-my-lid-over-this-if-it-had-been-around-when-I-was-a-kid stories, and SHADOW HERO definitely fits that bill. There are a few books that I get multiple copies of whenever I run across them to hoard as gifts; this one will join that list.
Anyway, I did a poster!
Liz pointed out that I forgot to put a quotation mark ending after the title on the poster.  oops!  I'll fix that later.
Posted by Chris Schweizer at 10:07 AM No comments: