I recently discovered the Thibaut Corday stories of Theodore Roscoe through the excellent Altus Press reprint collections (I got 'em via Kindle because I was traveling; hopefully I'll get my hands on the paper copies eventually), and have really enjoyed the ones I've read so far.  High adventure foreign legion yarns.  Lots of fun, and nicely told.
Here's Thibaut Corday!
Posted by Chris Schweizer at 9:23 AM No comments: 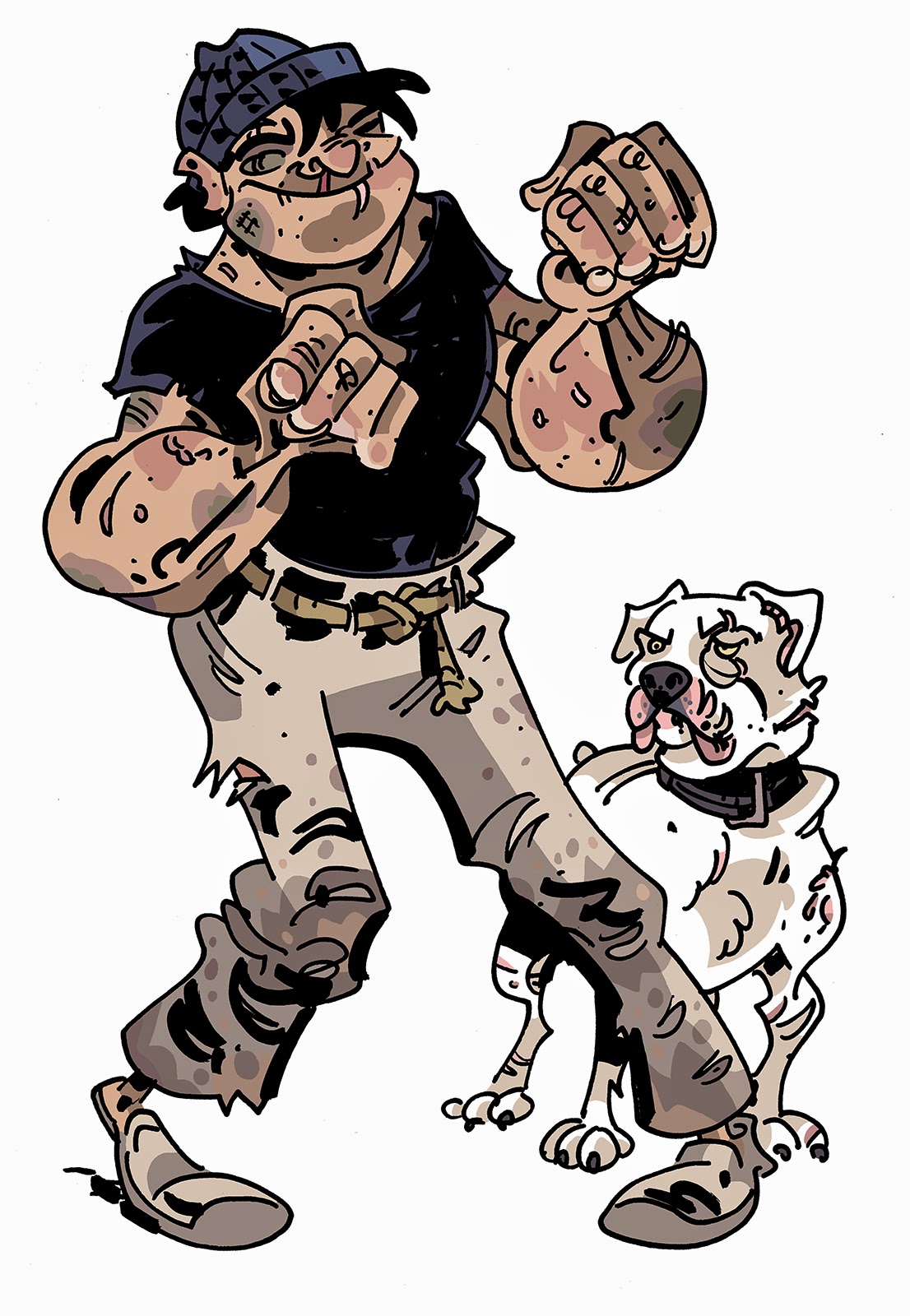 Here's a picture of Sailor Steve Costigan, a character featured in a bunch of short stories by Conan the Barbarian creator Robert E. Howard. While I've never been particularly drawn to his sword and sorcery stuff, these brawler picaresques are exciting and very funny. Think Popeye written by Mark Twain and you'll have a pretty good idea as to the feel of the stuff.
To my knowledge, there isn't a good collection of them in print, which bums me out, but I got mine via one of those kindle complete works for three bucks packages, so you can read 'em, easy.
Posted by Chris Schweizer at 10:40 AM 4 comments:

The Granada TV adaptations of the Sherlock Holmes stories (1984-1994) are many people's favorites, and though no adaptation has entirely satisfied me, they are pretty great.  But the principals were too old by far when the series began (Jeremy Brett, who played Holmes, was 50!) to ever adapt the first Sherlock Holmes story A Study in Scarlet.  So it's one of the few canon stories to not be filmed with Brett in the lead role.  Which is a shame.
So I figured out what year the story would have needed to have been shot in order to put Brett and Burke near the ages of Holmes and Watson at their initial meeting (taking the more conservative Morley timeline, as the Granada series seems generally pretty conservative in its interpretations), and that would be the early-mid 1960s.  I also figured out who would have been the right age (and at the right stage of their careers to do TV) to play the more prominent supporting roles.
So, here you go, a poster for the nonexistent 1963 Granada Television production of A Study in Scarlet! 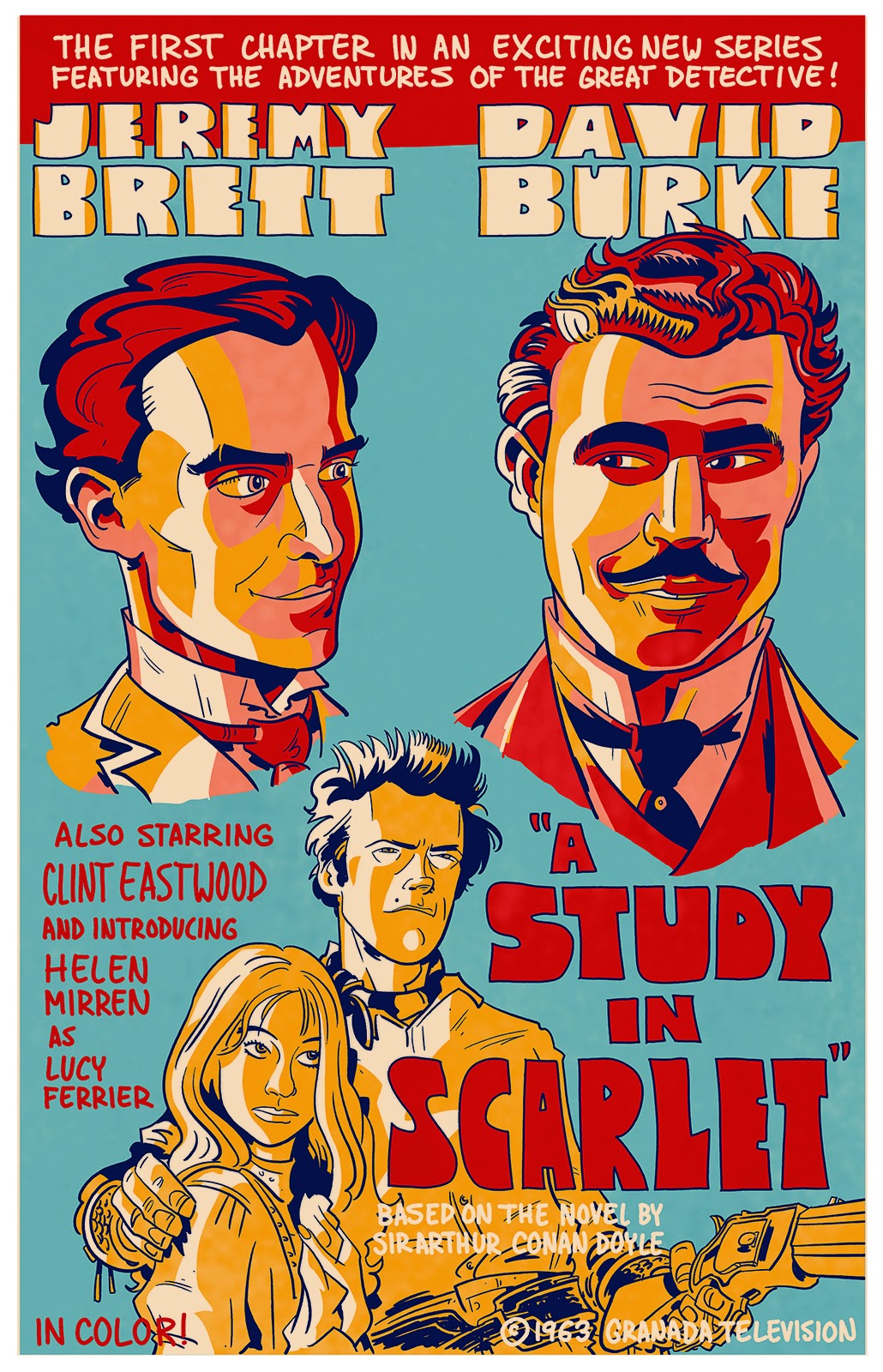 Posted by Chris Schweizer at 10:11 AM No comments:

829 years ago today, Baldwin IV of Jerusalem succumbed to the leprosy that had afflicted him since childhood. Despite being almost crippled by his affliction at age sixteen, he personally led a force of only 375 knight into battle against the 26,000 strong Ayyubid army at the battle of Montgisard to total victory, wiping out all but ten percent of Saladin's army (the worst of his rare defeats) and postponing the inevitable siege of Jerusalem for a decade.
Posted by Chris Schweizer at 6:51 PM No comments: