I did this piece for the Sakai Project, a book honoring the work of master cartoonist Stan Sakai and his most famous creation Usagi Yojimbo, a comic for which, if you're reading this, you probably already know how much affection and admiration I have.  I've drawn the regular 16th-century iteration of Usagi plenty of times, so I thought it might be a fun switch-up to do Space Usagi, a series Stan did in which basically put the characters from the regular series in a distant Star-Warsy future filled with dinosaurs. 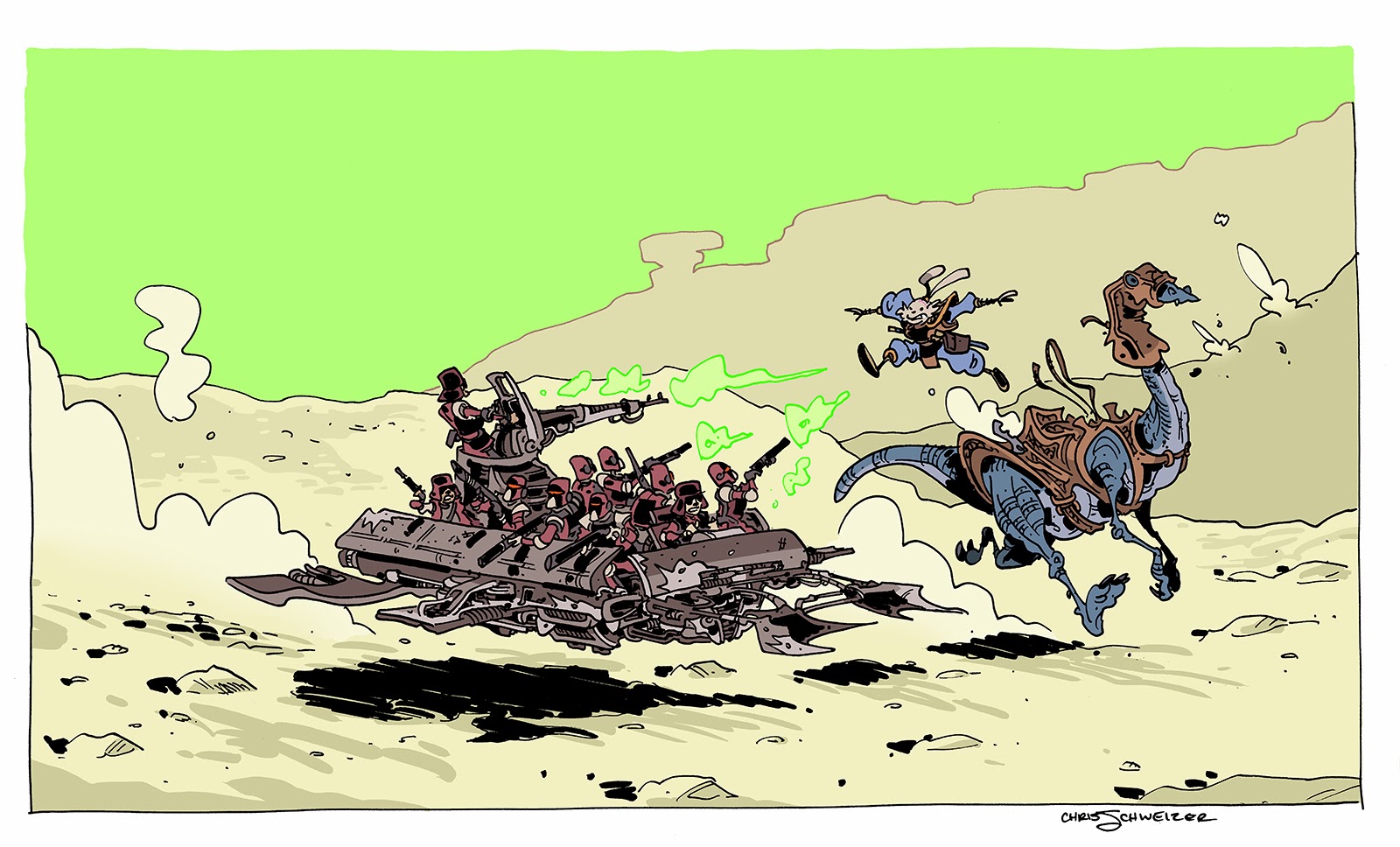 I have no clue as to whether or not the piece will end up in the book, but the original art WILL be part of an auction, the proceeds from which will go to the Sakais.


Posted by Chris Schweizer at 6:12 AM