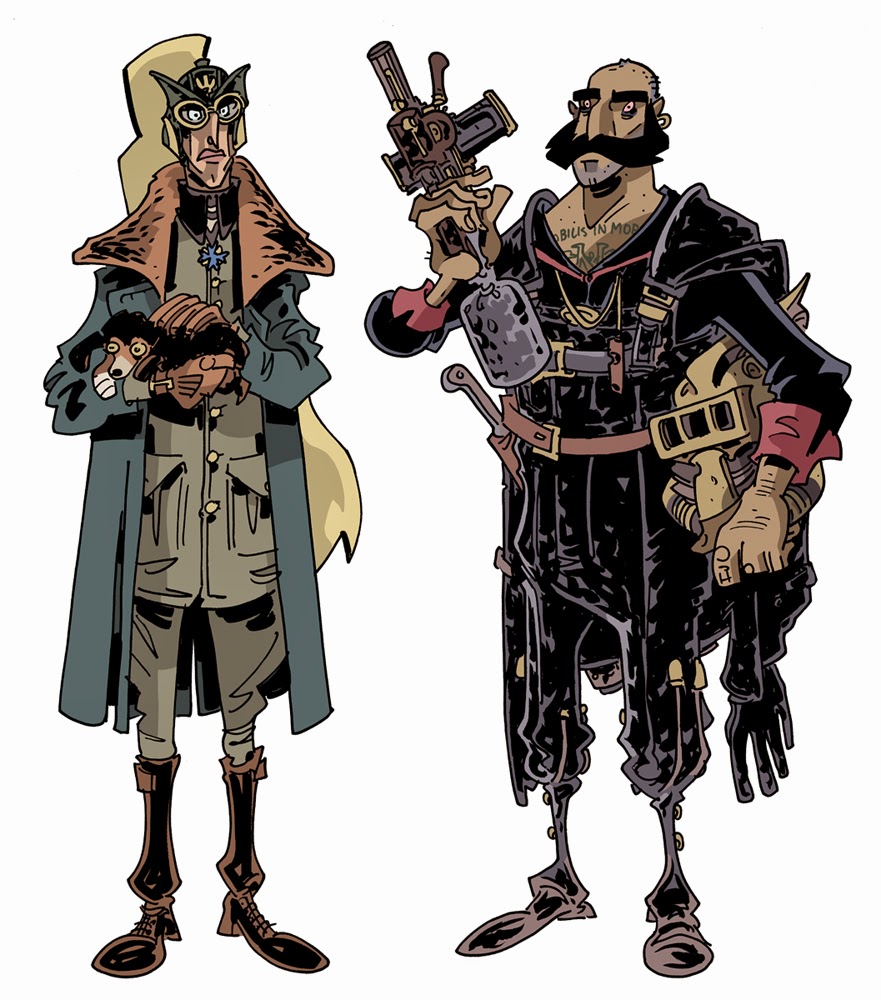 Enemy Ace (from the DC Comics WWI flying ace series) and Captain Nemo (from H.G. Wells’s 20,000 Leagues Under the Sea.  These are two custom character bookplates that are one of the tiers if you order 555 CHARACTER DRAWINGS.  Only two custom bookplate options remaining!  Orders for the book only go until Sunday, April 12th (6 more days!).
Joe Kubert’s art on Enemy Ace is hands-down the best aerial combat comic art ever made, with some of the finest examples of directional reading in any comics, ever.  I was asked to draw his rescue dog Schatzi, who tragically falls to his death from an open cockpit.  For Captain Nemo I tried to go with the book description (straight nose, swarthy countenance, tall, wide-set eyes) with the knowledge that he’s Indian (revealed in Mysterious Island) and use the book description of his gear: Indian rubber diving suit (said in the book to be seamless, but that would just look like a blobby man-shape), an air-compressed gun with a boxy clip full of electric bullets, etc.  Kevin O’Neil’s art (based on Alan Moore’s descriptions) for League of Extraordinary Gentlemen was a huge influence on me, getting me to rethink popular iconography as it related to well-known characters, and his Sikh Nemo was the top of the heap for that, so I went as far from that direction as I could.
Posted by Chris Schweizer at 7:05 AM