President's Day: Who Knows What Evil Lurks in the Hearts of Men? 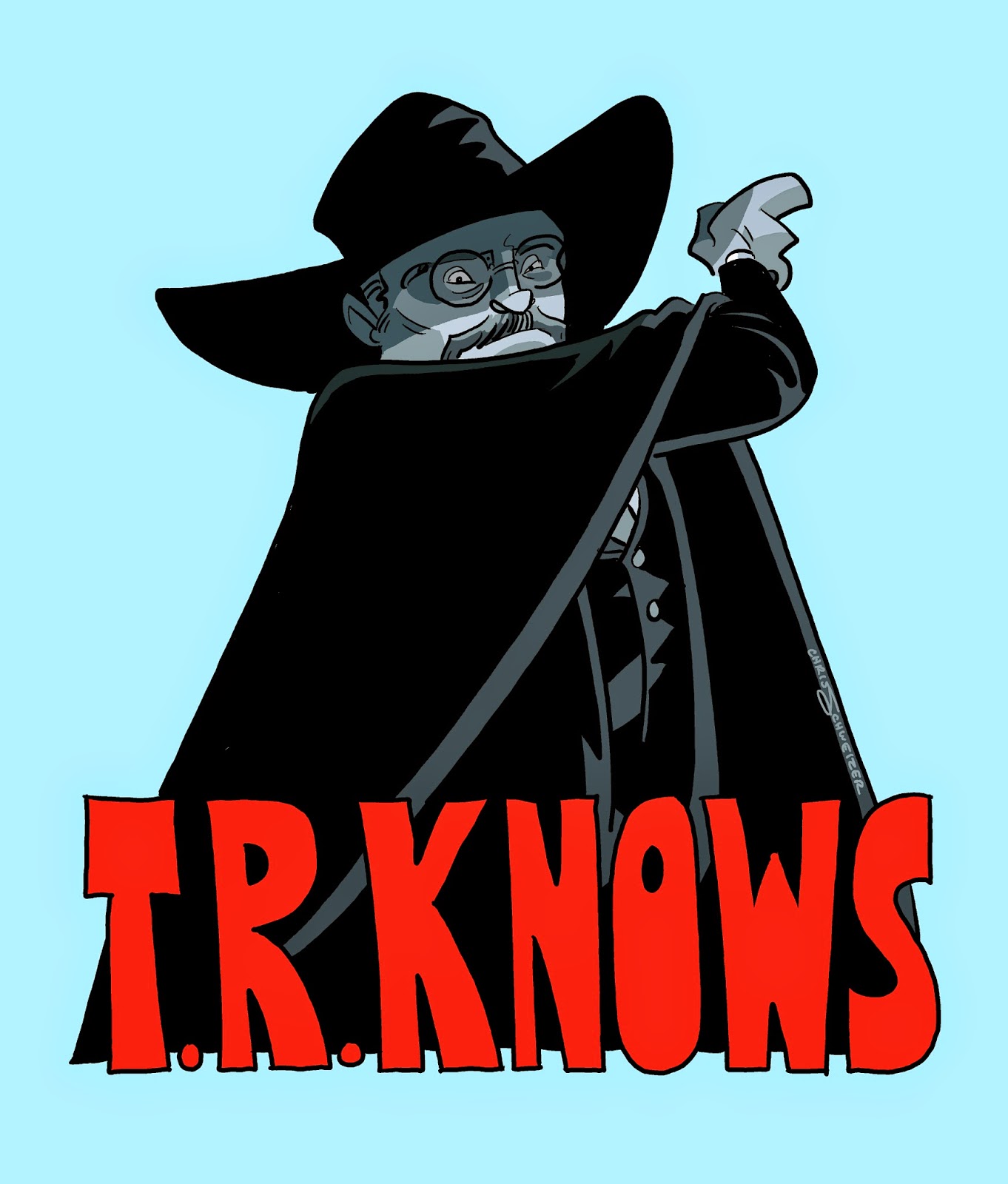 When Theodore Roosevelt became police commissioner of New York in 1895, the NYPD was its most dangerous and powerful criminal enterprise.  An organized brutal shakedown network, the captains had a hand in most of the city’s illegal operations.  Determined to clean up the corruption, Roosevelt did exactly what Commissioner Gordon did when he took over Gotham City’s corrupt force: he dressed in a black cape, patrolled the most dangerous parts of the city at midnight, and used his great physical strength, expertise in martial arts, and detective skills to stop crooked cops from engaging in their illegal practices, personally delivering them to justice.

Wait, no, Gordon didn’t do that.  Batman did.

And so did Commissioner Theodore Roosevelt.

Roosevelt's initial attempts to have corrupt policemen indicted were failures.  Most of the judges were Tammany Hall appointees in the pocket of police bosses “Clubber” Williams and Big Bill Devery, and these judges refused to bring charges against any officers on the word of meager citizens.  The only way Roosevelt could clear out the bad would be if he caught them red-handed.

And so Roosevelt began a new strategy. Dressed in a large-brimmed slouch hat pulled low over his face and a big black cape, he would make his own patrols, hiding in the shadows of the metropolis's seediest alleys while tracking some of the more notorious offenders.  When he caught one selling booze or opium, availing himself of service bribes from one of the many houses of prostitution were young women were often imprisoned, or extorting money from a business owner, TR would spring forth, chase down his subordinate, tackle and subdue him, and personally escort him to the courthouse to lay charges with himself as an unimpeachable witness.

Once many of the more brazen offenders had been stripped of their badges, Roosevelt eventually dispensed with the theatrical outfit and the judo and began simply patrolling the beats of his officers to make sure that they were at their posts, diligent in their upkeep of the law, and, above all, courteous to the citizens under their protection (this last point a truly revolutionary concept at the time).

Posted by Chris Schweizer at 11:49 PM