In the Mouth of Madness

I'll be off the internet to some degree for the next couple of days while at a convention, but in the meantime, here's a poster for one of my favorite horror movies, In the Mouth of Madness. 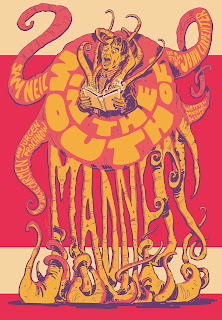 It's not a great movie, like some of Carpenter's other work.  Really, it's not even a good movie.  But there's something about it that, however many times I see it, just creeps me out SO much.  I usually watch it in early September to kick off the Halloween season.  Halloween is, without doubt, my favorite holiday (not that I don't love Christmas), and I tend to read and watch nothing but spooky stuff for two months.  For that reason, I generally refuse to see horror movies or read horror novels or stories during the rest of the year, so that I can build up a reservoir.
Posted by Chris Schweizer at 4:40 AM