In the 1850s, the US army brought over around seventy camels for use in patrolling the Southwest's desert country.  The camel corps was more or less abandoned during the Civil War, and while some were sold and used as mounts or luggage transport across rough country, others escaped into the sands and had feral camel babies.  Wild camels were around until the 1940s. 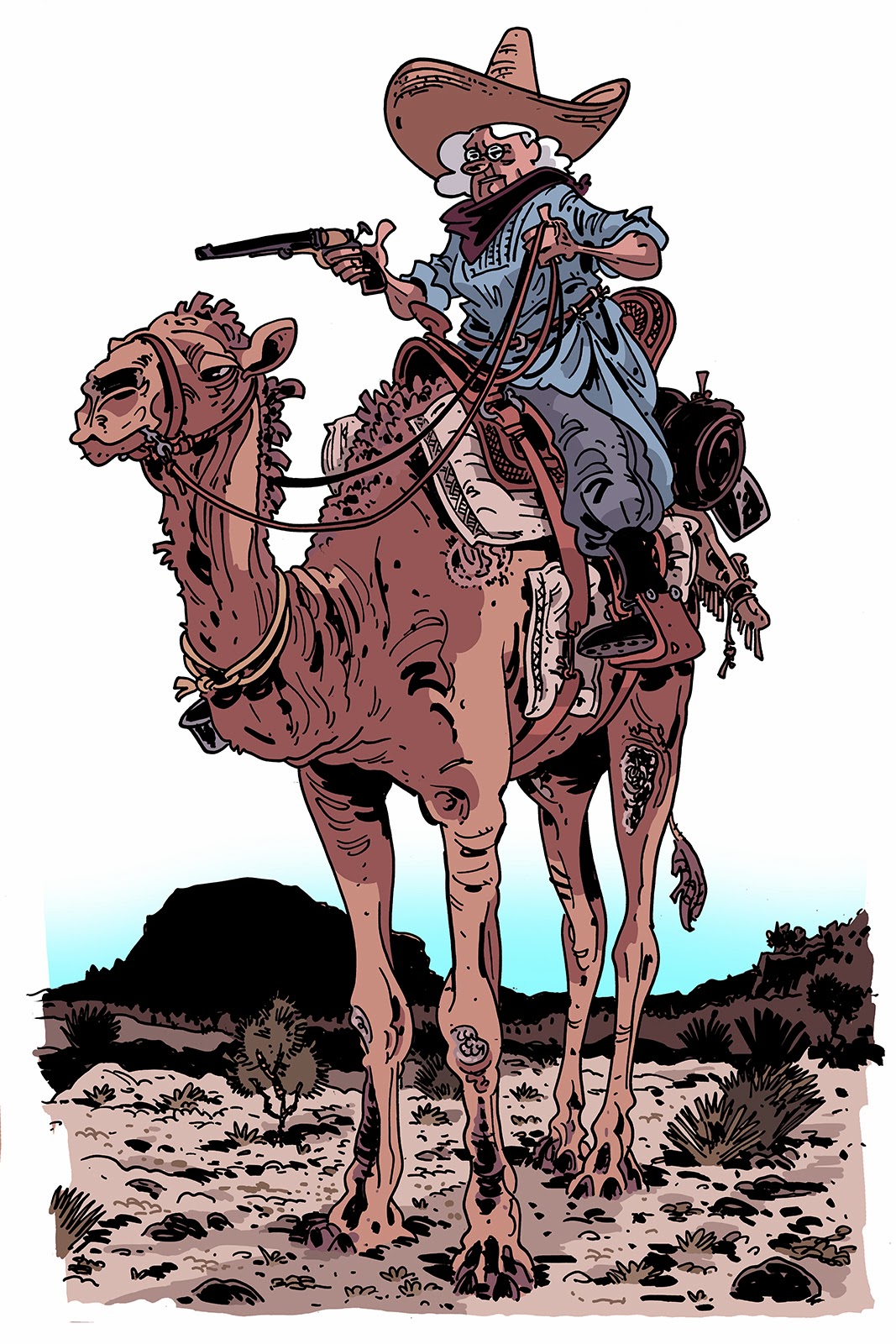 The original for this, like most everything I draw, is for sale.  $75, it fills up an 11x17 piece of drawing stock, black ink on white paper.  If you want it, send $75 via Pay Pal to chrisschweizer@hotmail.com.
Posted by Chris Schweizer at 9:32 PM