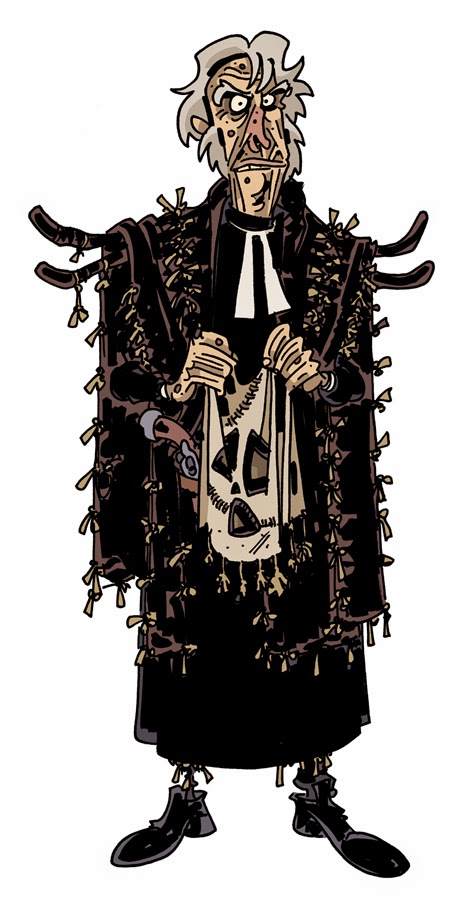 I first read Dr. Syn: A Tale of the Romney Marsh back in college, and reread it this year when an opportunity to work on a project related to it arose.  Written by itinerant actor Russell Thorndike, it’s the story of a pirate that more-or-less repents his ways and becomes and Episcopal priest.  When his parishioners begin to suffer as a result of rampant press gang activity and increased tariffs, he becomes the anonymous smuggler/coyote known as “The Scarecrow.”  Also, he’s quite old, which I think is really charming.
There were prequels published later, and three movies made with the character, one of which was made by Disney and featured a theme song that, in my younger days, was covered by my band in the style of a Spaghetti Western title song, but with kazoos standing in for trumpets.

Posted by Chris Schweizer at 8:29 AM